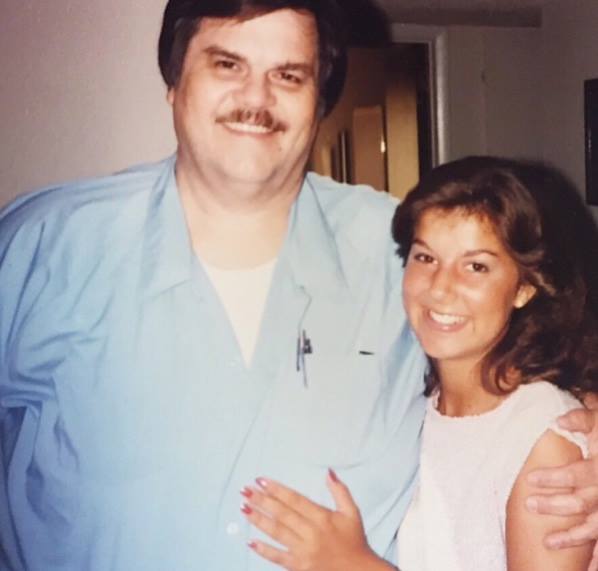 Father’s Day reminds me to thank God once more for giving me the BEST father that any girl could ever ask for in the whole world. Sometimes I think I could cry an ocean when I think about how much I miss him. Even though it’s been 14 years since he went to Heaven, I can still picture his smile. I never knew when I said, “Goodnight” that summer evening that it would be the last time I ever kissed him on the cheek. This small tribute could in no ways speak the volumes of praise he holds in my heart!
Ken Callaham was a prayer warrior who prayed countless hours for pastors and families, including his own. He was a giver who would give every dime he owned away. He was a wise counselor that I could go to with any problem and who always had time to listen or talk. He was a big man and a joyful one with a heart as big as the sea. He was an encourager that helped me see the positive things in life. He was a devoted dad that took me on daddy date nights even as a grown-up, married child. He was my best friend that I turned to with any problems I faced. He was a loving grandfather that doted over his grandchildren, who polished their shoes, mended their clothes, trimmed their hair, bought them prizes, taught their history lessons, called them daily, and gave the best hugs ever. He was a preacher who wanted to share Christ’s love with everyone he met. At his funeral, the line went on for hours as people shook hands and shared how he had helped them in some way. His memory lives on in my heart, and he will always be my hero! Yes, I have so many other significant role models that are fathers I can admire on this day: my husband, father-in-law, new step father, son, son-in-laws, and many many others… but my dad is that spiritual giant in my eyes that still has a little girl in Tennessee that will never ever ever stop thinking about him!!!! ❤️😢 #KenCallaham